Tech recruiters in 2019 face a surge of demand for specific tech skills up against a pool of tech talent out there which is becoming increasingly difficult to access. Now that we are already halfway through the year, we decided to look at the most relevant studies to date to understand these and other important tech recruitment trends emerging in 2019.

We combed through reports from key industry sources like Stack Overflow, GitHub, JetBrains, Devskiller, and Hired. These sources cover hundreds of thousands of technical candidates, professional developers, and recruiters alike. From them, some important trends have emerged which will be essential to understand to succeed in the coming year.

The US BLS projects that software developer jobs will increase by 31% between 2016 and 2026. Despite this surge in demand, only 15.2% of developers are looking for a new job according to one survey.

Java, JavaScript, SQL, and AI are the most sought-after languages

If you’re a dedicated tech recruiter, you have probably heard of the names like R, Go, Elixir, and Kotlin. These names are making a lot of headlines right now in tech circles. Does that mean that these are the primary skills you should be sourcing? It can certainly be helpful. However, it ignores the fact that three other languages make up the majority of the skills you’ll be sourcing in 2019. Java, JavaScript, SQL, AI, and Data Security are some of them. HTML is also common but it is pretty much never used on its own.

Java has gone through 13 iterations culminating rather confusingly with Java 12. With over 20 years of use, what makes sourcing Java an important trend for 2019? Java is the go-to language for many back-end applications. GitHub, one of the largest communities for open-source developers put it as the second most popular language for the past five years.

What we can construe from this is that Java continues to maintain a vibrant and sought-after tech stack with frameworks like Spring, and its use in Android development is notable.

JavaScript started in the same year as Java did. It is the go-to language for many front-end applications. So how has it maintained its domination of this field? Just about every company needs front-end development. For this reason, JavaScript is ubiquitous.

Devskiller found that a full 70% of the companies in their study tested developers in JavaScript. That’s an important statistic to note, because while a few companies might have large back-end Java teams, just about every company is probably going to need a JavaScript developer for their website/frontend.

JetBrains found that 69% of developers used JavaScript in the last year, more than any other language. It is the most popular language in the open-source community according to GitHub. Finally, Stack Overflow’s 2019 developer survey found that most professional developers use this language. With the continued popularity of frameworks and libraries like React, Angular, and Vue, the trend of sourcing JavaScript developers will continue to increase.

SQL is a bit different from JavaScript and Java in that there is a debate as to whether it is a programming language. But SQL is used to build databases, an essential part of any modern application. It or one of its many variants are used extensively with front-end languages like and back-end languages alike. In fact, Devskiller found that it was one of the languages most often paired with other languages during the recruitment process.

But on its own, SQL is popular in its own right. Stack Overflow and JetBrains both put it into their top three most used languages.

What it shows is that no matter who you hire, you’re probably going to need to look for SQL skills.

The applications of AI (artificial intelligence) are expanding immensely in 2019. Well, the AI has become a must-have in the toolbox of recruiters.  From automated candidate sourcing, recovery, and matching, to hiring remote workers and making the customized employee value propositions, the number of distinct uses of AI in the recruitment just keeps developing. 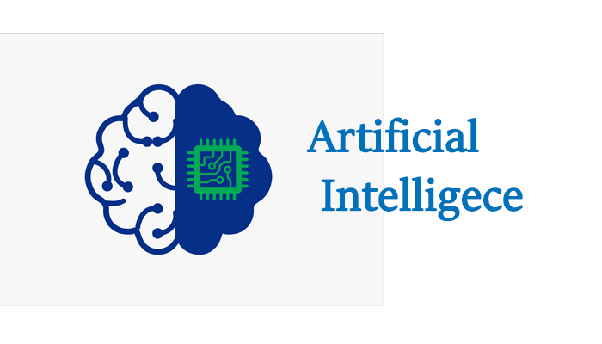 Stack Overflow found that only 15% of the developers they surveyed are looking for a job. So does that mean that Tech recruiters are fighting over a very limited section of the labor pool? Not exactly. According to the same survey, 58.7% of the developers surveyed aren’t actively job-hunting but are open to a new opportunity.

What this means for Tech Recruiters in 2019 is that they need to invest in passive networks for whom they create enticing and targeted offers. This will give them access to a talent pool five times the size of the current pool of candidates looking for positions.

Coding tests have become a great solution to figuring out if your candidate has the technical skills essential for the job. At the same time, they make the hiring process more efficient. They don’t drive away candidates either. Candidates take 73% of the coding tests they are sent to them.

Not only that, 92% finish the test, proving that candidates respond to these kinds of tests in the right situations.

Where to go now

In 2019, tech recruiters have to pay attention to how dynamically established tech stacks are to make strategic sourcing decisions. This will help you build a passive network you can verify with coding tests. Share your views in the comment section below!